Today we take a look at the best accessories for DJI Mini 2 and Mavic. These drones come with some impressive feature sets and settings for great shooting, particularly in daylight conditions. But what to consider when picking out accessories?

Quality matters when it comes to camera accessories; after all, you want your pictures to look good and capture the best details possible.

Both the DJI Mini 2 and Mavic Mini are perfect for a lot of users. They have top features such as a 3-axis gimbal, high-definition camera, half-an-hour flight time, and simplified recording & editing features.

For a truly personalized flying experience, DJI created an exclusive line of accessories for DJI Mini 2 and Mavic Mini. 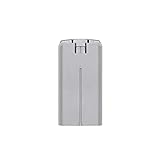 Do you enjoy the freedom and peace of mind the DJI Mini 2 camera/drone gives you? The Intelligent Flight Battery ensures that you have an exciting experience flying your drone. The battery monitors its power at all times, providing the user with a constant stream of information regarding the battery. The battery is designed to never let you down during an aerial adventure, keeping you airborne longer.

Although the international version of DJI Mini 2 supports Mavic Mini’s battery, the power will decrease and the total weight will exceed 250g, requiring registration in some countries and regions. Please check local rules and regulations before use.

The batteries of the international version of DJI Mini 2 cannot be used with Mavic Mini.

DJI recommends that you use the original batteries for each mini drone. 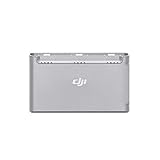 Hub de carga bidireccional DJI Mini 2
The device can charge up to three batteries (in sequence) and can be used as a power bank to charge additional devices.
$39.00
Comprar en Amazon
Venta

Mavic Mini Two-Way Charging Hub
This device allows users to charge up to three battery packs, one at a time, and it can even be used as a power bank to charge additional devices.
$34.00
Comprar en Amazon

If your drone is portable, you might also need a portable charger. The Two-Way Charging Hub can charge three batteries simultaneously.

In 4.5 hours, it will fully charge three batteries and have you back in the sky again.

The hub will automatically begin charging the battery with the highest remaining power first.

You can charge your smartphone, tablet, DJI Mini 2, Mavic Mini and more with this lightweight charging hub from DJI that weighs approximately 80g. 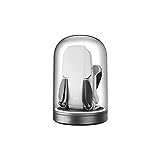 DJI Charging Display Base
Charge the batteries of any of your Mini Series drones with ease, thanks to the DJI Charge Display Base.
$52.89
Comprar en Amazon

The DJI Charging Display Base is a stylish charging dock for the DJI Mini 2 and Mavic Mini.

The good news is your DJI drone can be stored in a beautiful, compact way that looks great in any setting. You can be ready to take it with you wherever you go!

It can charge both DJI Mini 2 and Mavic Mini, which saves you from buying two separate display chargers. 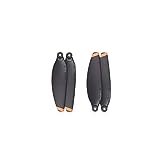 No one wants family gatherings or other special moments ruined because of loud, buzzing drone propellers. Mavic Mini and DJI Mini 2 have propellers that are specifically designed to avoid this buzz kill.

The propellers of mini drones provide a powerful thrust for superior aerial performance. This does not come at the sacrifice of the drone's capabilities.

The propeller holder is the answer for drone owners who are tired of frantically looking for their mini drones in their backpacks every time they take a photo. Available in two variations, the propeller holder holds the Mavic Mini and DJI Mini

Both propeller holders for DJI Mini 2 and Mavic Mini are the same.

The propeller guard safeguard your mini drones and those around you, while you learn to fly without crashing.

For drone pilots who need to protect their mini drones, the 360° Propeller Guard is a must-have.

The Propeller Guards for the Mavic Mini and the DJI Mini 2 are not interchangeable, so please buy the one that will fit your drone.

With the DJI Mavic Mini Snap Adapter, you can attach small objects to the top of your mini drone.

DJI stated in one of it's blog posts that the Snap Adapter only worked with the DJI Mini 2 however under the product page it states it is compatible with DJI Mini 2, Mavic Mini and DJI Mini SE! 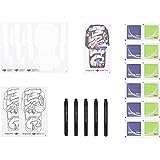 If you run out of storage space, it will be a great disappointment to lose that perfect sunset or memorable moment.

32GB, 64GB, 128GB, and 256GB SanDisk Extreme microSD Cards can relieve the stress of running out of storage space on your Mavic Mini or DJI Mini 2.

These SD cards are compatible with both DJI mini drones.

Because there are so many different types of DJI accessories, you’ll need a safe way to transport all of them.

The DJI Mini Bag is perfect for carrying Mavic Mini accessories. Available in black, black and yellow, and blue and yellow.

The DJI Mini Bag+ was designed for the larger controller included with the DJI Mini 2.

If you'd like to prevent interference from light, you may want to invest in the DJI RC-N1 Remote Controller Monitor Hood.

You can use the DJI RC-N1 Remote Controller Tablet Holder to hold a tablet device on your remote control.

If you haven't yet purchased a Mavic Mini o DJI Mini 2 and are looking for an incredible deal, please check out the Ofertas de drones section of this website.

It's a smart idea to purchase Fly More Combo for more time in the air!